Made of Polyester or Polypropylene webbing two or four lifting loops for transportation in slings or in sling bags for one time use. 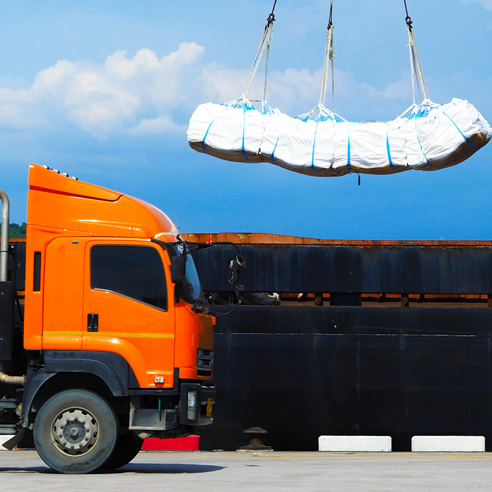 On the vignettes first photo shows the first row, third, etc. On the second one the second, fourth, etc.

Shows the position of the base webbings 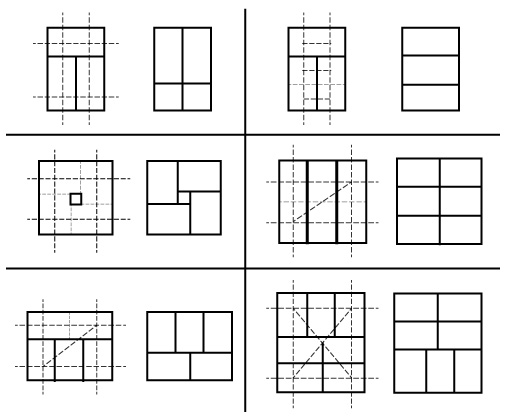 3. Diagonal webbing 20mm to be lacing with the diagonal opposite D rings 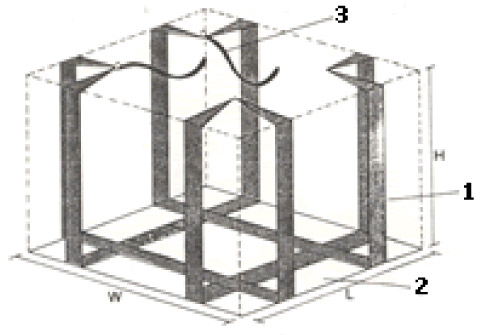 Marine Services has been experimenting since early 1979 with various types of slings for unitization of bagged cargo as well as meat quarters and other cargo commodities. The company has been acting as a consultant to several large importers, exporters and transportation organizations as well as to the Government. The sling which is now called Cloverleaf, has been successfully applied to the carriage of cement, flour, coffee, asbestos, citrus in cartons, frozen meat in quarters, etc. Cloverleaf slings serve a dual purpose: as a sling for lifting and transporting the bags from one mode of transportation into another until the final destinations reached; and for holding the bags or packages together when resting.

The principle of unitization is observed by the fact that once a number of bags or packages are pre-slinked, they are, from then on, handled as one large unit. This arrangement eliminates repeated handling of single units at every major interface during the process of transportation. In turn, it reduces consi­derably the handling costs and handling time. The reduction in handling time (loading and discharging) is of particular signi­ficance to modern ocean carriers since such reduction improves port turn-around time and increases its potential earning capa­city.

An attractive characteristic of the Cloverleaf sling is dispo-sability. The price sufficiently low to permit the disposal of the sling and thus eliminate the cost and labour involved in returning the used slings to the point of origin. We are pleased to inform you that the above sling has been undergoing trials for improvement which clients have been most satisfied with the new design.